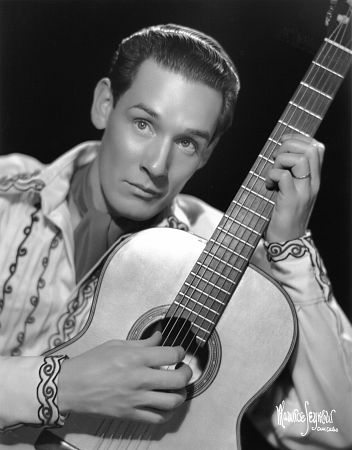 Federico Arturo Guízar Tolentino was born on April 8, 1908, in Guadalajara, Mexico. Over the objections of his father, he trained early as a singer and, as such, was sent to New York in 1929 to record the songs of Agustín Lara. While there he had a radio show, “Tito Guízar y su Guitar”, and studied opera. In 1932 he married another Mexican singer, Carmen Noriega. He performed both operatic and Mexican cowboy songs at Carnegie Hall. His 1936 movie Out on the Big Ranch (1936) launched the singing cowboy film in Mexico and succeeded as well in the United States. From there he went to Hollywood, playing with such stars as Roy Rogers, Dorothy Lamour and Mae West. He continued playing series parts in Mexican television well into the 1990s. Tito Guízar died at age 91, survived by a son, two daughters and five grandchildren.