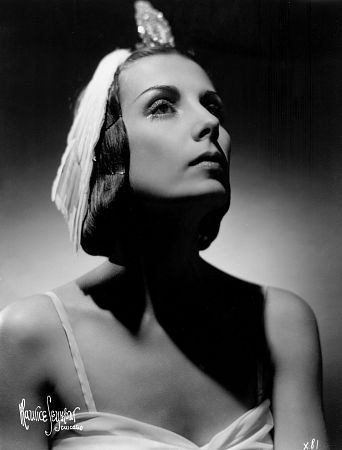 Known as “The Black Pearl of the Russian Ballet,” she was born on a train while her mother was fleeing Russia in search of her husband. They lived in refugee camps in Russia, Shanghai and Cairo before settling in Paris. Toumanova studied ballet in Paris in 1924 and became a professional ballerina. She performed with a number of troupes and in 1932 joined George Balanchine’s Ballets Russes de Monte Carlo and from then on, performed in ballets for the next 40 years. She made her Broadway debut in 1939 and her film debut in 1943’s Days of Glory (1944), opposite Gregory Peck, also making his film debut. That same year, Tamara married the film’s producer, Casey Robinson.