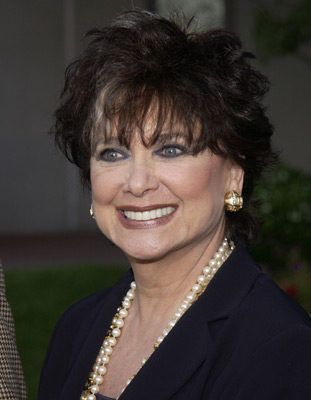 Suzanne Pleshette achieved television immortality in her role as Bob Newhart’s wife in the 1970s classic situation comedy, The Bob Newhart Show (1972). For her role as “Emily Hartley”, wife of psychologist “Bob Hartley” (played by Bob Newhart), Pleshette was nominated for the Emmy Award twice, in 1977 and 1978. She was also nominated for an Emmy in 1962 for a guest appearance on the TV series, Dr. Kildare (1961) and, in 1991, for playing the title role in Leona Helmsley: The Queen of Mean (1990) in a 1990 TV movie. Her acting career lasted almost 50 years. Suzanne Pleshette was born on January 31, 1937, in New York, New York, to Eugene Pleshette, a TV network executive who had managed the Paramount theaters in Manhattan and Brooklyn during the Big Band era, and the former Geraldine Kaplan, a dancer who performed under the name Geraldine Rivers. Her paternal grandparents were Russian Jewish immigrants, and her maternal grandparents were Jewish immigrants from Austria-Hungary and Russia. Pleshette claims that she was not an acting natural but just “found” herself attending New York City’s High School of the Performing Arts. After graduating from high school, she attended Syracuse University for a semester before returning to New York City to attend Finch College, an elite finishing school for well-to-do young ladies. After a semester at Finch, Pleshette dropped out to take lessons from famed acting teacher Sanford Meisner at the Neighborhood Playhouse. She made her Broadway debut in 1957 as part of the supporting cast for the play Compulsion (1959). Initially cast as “The Fourth Girl”, she eventually took over the ingénue role during the play’s run. Blessed with beauty, a fine figure, and a husky voice that made her seem older than her years, she quickly achieved success on both the small and big screens. She made her TV debut, at age 20, in Harbormaster (1957), then was chosen as the female lead opposite superstar Jerry Lewis in his 1958 comedy, The Geisha Boy (1958). On Broadway, she replaced Anne Bancroft in the Broadway hit The Miracle Worker (1962). Once Pleshette started acting, her career never lagged until she was afflicted with cancer. Her most famous cinematic role was in Alfred Hitchcock’s classic, The Birds (1963), as the brunette schoolteacher jilted by the hero of the film, “Mitch Brenner” (played by Rod Taylor). Pleshette’s warm, earthy character was a perfect contrast to the icy blonde beauty, “Melanie Daniels” (Tippi Hedren). But it is for “Emily Hartley” that she’ll be best remembered. After The Bob Newhart Show (1972) ceased production, Suzanne Pleshette worked regularly on television, mostly in TV movies. Although she was a talented dramatic actress, she had a flair for comedy and, in 1984, she headlined her own series at CBS, which had aired “The Bob Newhart Show”. She helped develop the half-hour sitcom, and even had the rare honor of having her name in the title. Suzanne Pleshette Is Maggie Briggs (1984), however, was not a success. She co-starred with Hal Linden in another short-lived CBS TV series, “The Boys Are Back”, in the 1994-95 season, then had recurring roles in the TV series Good Morning, Miami (2002) and 8 Simple Rules (2002). Pleshette was married three times: In 1964, she wed teen idol Troy Donahue, her co-star in the 1962 film Rome Adventure (1962) and in 1964’s A Distant Trumpet (1964), but the marriage lasted less than a year. By contrast, her union with Texas oil millionaire, Tom Gallagher, lasted from 1968 until his death in 2000. After becoming a widow, she and widower Tom Poston (a Newhart regular) rekindled an old romance they had enjoyed when appearing together in “The Golden Fleecing”, a 1959 Broadway comedy. They were married from 2001 until Poston’s death, in April 2007. Pleshette was diagnosed with lung cancer and underwent chemotherapy in the summer of 2006; she rallied, but in late 2007, she barely survived a bout of pneumonia. She died of respiratory failure on Saturday, January 19, 2008, a few days shy of her 71st birthday. Suzanne Pleshette, the actress who achieved television immortality in her role as Bob Newhart’s wife in the 1970s classic situation-comedy, The Bob Newhart Show (1972), will be remembered as a gregarious, down-to-earth person who loved to talk and often regaled her co-stars with a naughty story. Newhart and his producers had picked her for the role of “Emily” in “The Bob Newhart Show” after watching her appearances with Johnny Carson on The Tonight Show Starring Johnny Carson (1962), where she showed herself to be a first-rate raconteuse. Because she could hold her own with Newhart’s friend Carson, they thought she would be a perfect foil as Newhart’s TV wife. She accepted the part, and TV history was made.