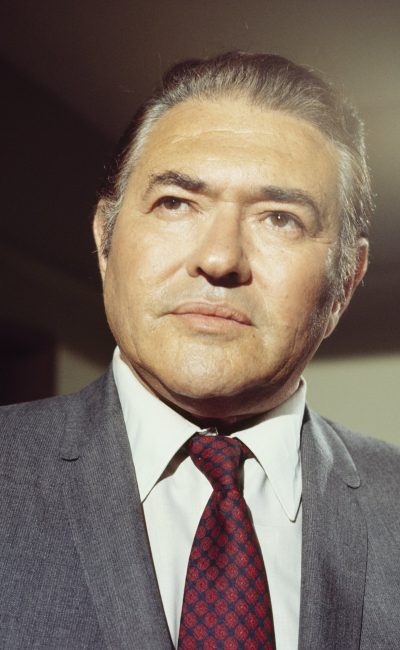 One of the movies’ most memorable tough guys, Simon Oakland actually began his career as a concert violinist, turning to acting in the late 1940s. After a long string of roles in Broadway hits, including “Light Up the Sky,” “The Shrike” and “Inherit the Wind,” Oakland made his film debut as the tough but compassionate journalist who speaks up for Susan Hayward’s “Barbara Graham” in I Want to Live! (1958). He would go on to play a long series of tough guy types, albeit usually on the right side of the law, in such films as The Sand Pebbles (1966), Tony Rome (1967), Psycho (1960), and, most notably, nasty Lieutenant Schrank in West Side Story (1961). He was also a frequently seen face on TV, at one point serving as a regular or semi-regular on four different series at once. Much respected by his co-workers as a total professional, he died, after a long battle with cancer, one day after his 68th birthday.