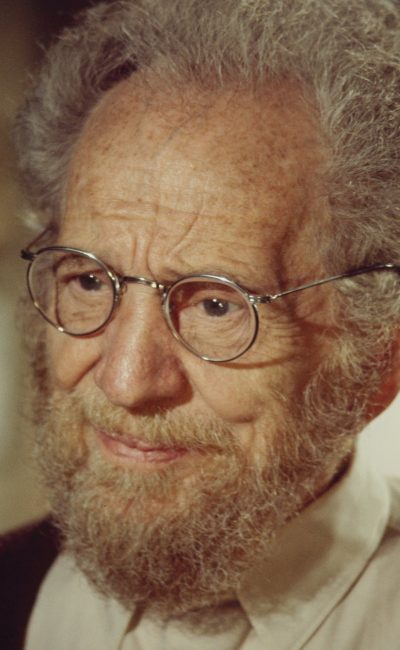 Born Shalom Jaffe in New York City, he became known to the world as Sam Jaffe. From a Jewish family as a child he appeared in Yiddish theater productions with his mother, a well-known regional stage actress. He graduated from the City College of New York and then studied engineering at Columbia University graduate school. He began his career as a mathematics teacher in the Bronx. Around 1915 Jaffe joined the Washington Square Players. By 1918 he was no stranger to Broadway, having debuted in the original play Youth, and he appeared regularly through the 1920s, though less in the 1930s and only sporadically in the 1940s. He appeared in 21 plays on Broadway during his acting career, his final appearance in 1979. Jaffe was a method actor before it was defined and early on sported his signature shock of curly hair that some people would later misinterpret as part of some Harpo Marx characterization. Jaffe was anything but. His acting talents were considerable, and Hollywood noticed him first for the unusual role of the mad Grand Duke Peter in Josef von Sternberg ‘s The Scarlet Empress (1934). Frightening in his rendition of Peter, he was dispatched by the always magnificent Marlene Dietrich. Jaffe was no matinee idol but his homely features were made for unusual character roles. He did not disappoint in providing unforgettable performances. Frank Capra cast him as the mysterious High Lama in Lost Horizon (1937) (as last minute replacement; the actor originally cast had died). It would be another two years before Jaffe was once more called to Hollywood – he was back quite busy on Broadway. He appeared in George Stevens Gunga Din (1939) which sported big star names as well. Stevens gave Jaffe the lead, Gunga Din, native regimental bhisti (Hindi for water-carrier). It was probably Jaffe’s most familiar film role. It was a standout part which Jaffe handled with great humanity, and the film was a huge hit. Jaffe would not appear in another film for eight years. His second of two movies in 1947 was Elia Kazan ‘s powerful anti-Semitic expose Gentleman’s Agreement (1947) in which Jaffe played an Albert Einstein-like professor. Jaffe would play doctors of one sort or another in the handful of movies for the next few years. Then in 1950 he played a very different doctor – Doc Erwin Riedenschneider, criminal mastermind — in John Huston’s taut The Asphalt Jungle (1950). Jaffe would receive a nomination for a supporting actor Oscar for this effort. Of the three films he did in 1951, Jaffe also appeared in an Einstein-like role in the Robert Wise sci-fi classic The Day the Earth Stood Still (1951). Jaffe experienced the destructive anti-communist furor when his name was included on a listing of performers sympathetic to communism in the Red Channels pamphlet and like many, was blacklisted by the big Hollywood studios. He was considered essential by producer Julian Blaustein and Robert Wise to play Professor Jacob Barnhardt, and 20th Century Fox boss Darryl Zanuck (who had resisted much heat for Gentleman’s Agreement (1947)) agreed. It was ironic that Einstein, veiled as the character Barnhardt, was a pacifist and being watched by the U.S. government at that time. There was some credence for rumors that Jaffe provided the calculus equations (mainly the gravitational force between bodies) on Barnhardt’s blackboard – solved so easily by alien Michael Rennie. Jaffe didn’t appear on-screen for seven years due to the punitive effects of the blacklisting. In 1958, John Huston wanted him for his very original The Barbarian and the Geisha (1958) with John Wayne, and director William Wyler also came forward later to cast him as faithful servant Simonides in the blockbuster Ben-Hur (1959). From then on Jaffe was very busy, especially with episodic TV through the 1960s which included his own recurring role as Dr. Zorba in the very popular Ben Casey (1961) series. Jaffe also appeared with his lifelong best friend, screen icon Edward G. Robinson in the made-for-TV film The Old Man Who Cried Wolf (1970) . Jaffe remained active into the year of his passing, a thoroughly engaging and unique actor and human being who never pushed his views on anyone.