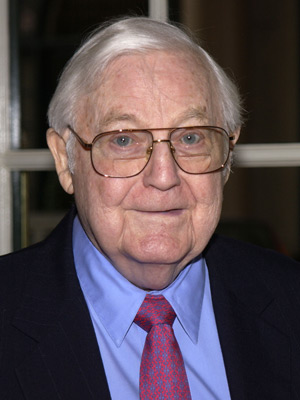 Robert Earl Wise was born on September 10, 1914 in Winchester, Indiana, the youngest of three sons of Olive R. (Longenecker) and Earl Waldo Wise, a meat packer. His parents were both of Pennsylvania Dutch (German) descent. At age nineteen, the avid moviegoer came into the film business through an odd job at RKO Radio Pictures. A head sound effects editor at the studio recognized Wise’s talent, and made Wise his protégé. Around 1941, Orson Welles was in need of an editor for Citizen Kane (1941), and Wise did a splendid job. Welles really liked his work and ideas. Wise started as a director with some B-movies, and his career went on quickly, and he made many classic movies. His last theatrical film, Rooftops (1989), proved that he was a filmmaker still in full command of his craft in his 80s. The carefully composed images, tight editing, and unflagging pace make one wish that Wise had not stayed away from the camera for very long. Robert Wise died of heart failure on September, 14, 2005, just four days after his 91st birthday.