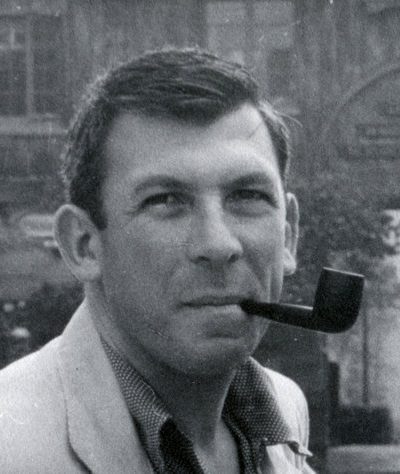 Richard Brooks was an Academy Award-winning film writer who also earned six Oscar nominations and achieved success as a film director and producer. He was born Ruben Sax on May 18, 1912, in Philadelphia, Pennsylvania. His parents were Russian-Jewish immigrants. He graduated from West Philadelphia HS, attended Philadelphia’s Temple University for two years, before dropping out and later working as a sports reporter and radio journalist in the 1930s. After a stint as a writer for the NBC network, he worked for one season as director of New York’s Mill Pond Theatre, and then headed to Los Angeles. There he broke into films as a script writer of “B” movies, Maria Montez epics, serials, and did some radio writing. During the Second World War, he served with the US Marines for two years. Richard Brooks made his directorial debut with MGM’s Crisis (1950) starring Cary Grant. He scripted and directed The Brothers Karamazov (1958) and Cat on a Hot Tin Roof (1958) and two years later won the Academy Award for Best Screenplay for Elmer Gantry (1960). He had six Oscar nominations and 25 other nominations during his film career. Brooks was a writer and director of Chekhovian depth, who mastered the use of understatement, anticlimax and implied emotion. His films enjoyed lasting appeal and tended to be more serious than the usual mainstream productions. Brooks was regarded as “independent” even before he officially broke away from the studio system in 1965. In the 1980s, he had his own production company. Richard Brooks died of a heart failure on March 11, 1992, in Beverly Hills, California, and was laid to rest in the Hillside Memorial Park Cemetery in Culver City, California. He has a star on the Hollywood Walk of Fame at 6422 Hollywood Blvd., for his contribution to the art of motion picture.