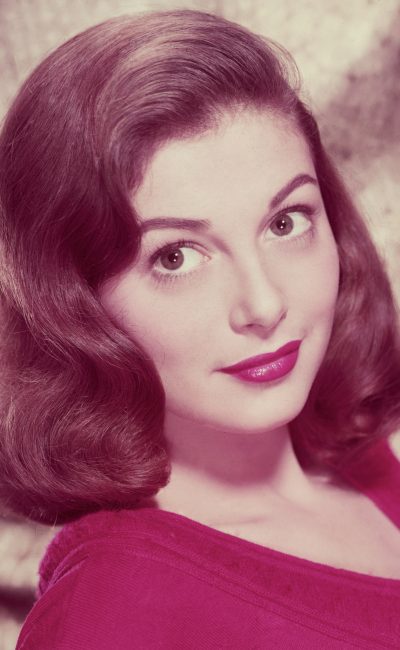 Anna Maria Pierangeli was born June 19, 1932, in Cagliari, Sardinia, Italy. Anna and her twin sister, Marisa Pavan, both had their eyes on become film stars, since that was one of the big Italian pastimes. Anna adopted her surname and split it in half, and it was as Pier Angeli that she would find fame. Her first role was an uncredited part in 1948’s The Million Dollar Nickel (1952), an Italian production. Pier was 16 at the time and it was to be the first of many roles for this beautiful woman. The film was largely forgettable but it was a start. The following year she played in another Italian production, Tomorrow Is Too Late (1950). Again it was a very small role, and she was not seen on the screen again until 1951. Between 1949 and 1951 she appeared in stage productions and found work in menial jobs. When she did return it was in the film The Light Touch (1951) as Anna Vasarri. Later that year she won the title role in Teresa (1951). However, she again hit a drought with only one film in 1952 and two in 1953. The next year things began to pick up, however, with Hollywood beckoning at her door. After the Italian Oh No, Mam’zelle (1954) she caught the eyes of Hollywood moguls, who cast her in Flame and the Flesh (1954) and The Silver Chalice (1954). Now she divided her time between Italy and the US making movies. She married Vic Damone in 1954, a union that lasted only four years and produced one son. No film offers came in 1955, but in 1956 Pier landed the plum role of Norma Graziano (wife of fighter Rocky Graziano) in Somebody Up There Likes Me (1956) opposite Paul Newman. The film was well received at the box office and she had hopes that things were going to pick up again. She played Ynez in Port Afrique (1956) later that year and then another drought ensued. After The Vintage (1957), Merry Andrew (1958) and SOS Pacific (1959), she made three more films in 1960. Then once again 1961 saw no appearances. In 1962 Pier played Ildith in Sodom and Gomorrah (1962) and later that year played in a French production entitled White Slave Ship (1961). After the Italian production of Panic in Bangkok (1964) she returned in the hit European-American co-production Battle of the Bulge (1965). After a handful of films between 1966 and 1970, Pier realized her dreams of superstardom were not to be. She had divorced her second husband (Armando Trovajoli) in 1969 and made her final appearance on the screen in 1971 in the low-budget sci-fi opus Octaman (1971). On September 10 of that year Pier was found dead of a barbiturate overdose in her Beverly Hills home. She was only 39 years old.