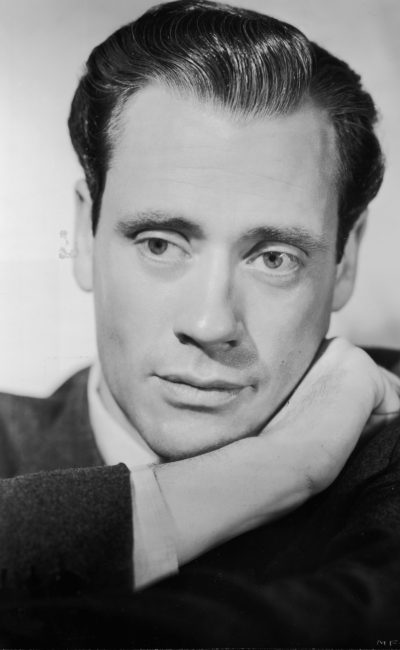 Actor/director/producer Mel Ferrer was born Melchor Gaston Ferrer on August 25, 1917, in Elberon, New Jersey. The son of a Cuban-born surgeon and a Manhattan socialite, he went to prep school and attended Princeton University. From the age of 15 he worked in summer stock. After Princeton he became an editor on a small Vermont newspaper and wrote a children’s book, “Tito’s Hats.” He became a chorus dancer on Broadway in 1938 in two musicals and made his New York debut as an actor two years later. After a bout with polio he started in radio as a disc jockey in Texas and Arkansas and rose to producer-director of top-rated shows for NBC in New York. He made a modest debut as a director at Columbia with the low-budget The Girl of the Limberlost (1945), then returned to acting on Broadway to star in Lillian Smith’s “Strange Fruit.” He was John Ford’s assistant on The Fugitive (1947). Ferrer made his screen acting debut in Lost Boundaries (1949). He is best remembered for the role of the lame puppeteer in Lili (1953) and as Prince Andrei in War and Peace (1956). He directed Claudette Colbert in The Secret Fury (1950) and Audrey Hepburn – his wife at the time – in Green Mansions (1959). Ferrer produced the hit Wait Until Dark (1967), also with Hepburn. In the following year, the couple separated and ultimately divorced. Since 1960 had been producing and acting mainly in Europe.