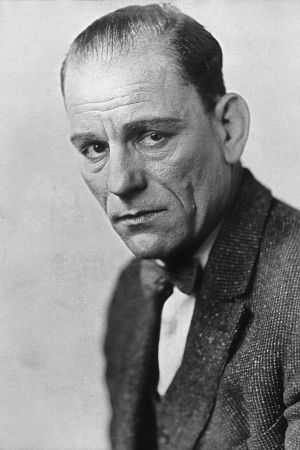 Although his parents were deaf-mutes, Leonidas Chaney became an actor and also owner of a theatre company (together with his brother John). He made his debut at the movies in 1912, and his filmography is vast. Lon Chaney was especially famous for his horror parts in movies like e.g. Quasimodo in The Hunchback of Notre Dame (1923). Due to his special make-up effects he carried the characterization to be “the man with the thousand faces.” He only filmed one movie with sound: The remake of one of his earlier films The Unholy Three (1930). His son, Lon Chaney Jr., became a famous actor of the horror genre.