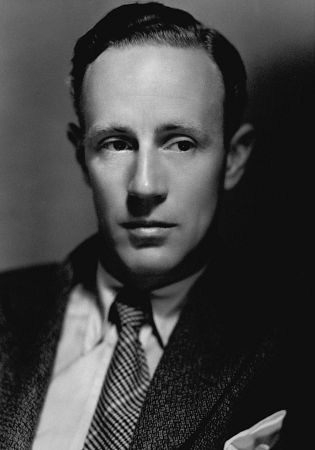 Leslie Howard Stainer was born in London, to Lilian (Blumberg) and Ferdinand “Frank” Steiner. His father was a Hungarian Jewish immigrant, and his English mother was of German Jewish, and mostly English, descent. Leslie went to Dulwich College. After school, he worked as a bank clerk until the outbreak of World War I, when he went into the army. In 1917, diagnosed as shell-shocked, he was invalided out and advised to take up acting as therapy. In a few years, his name was famous on the stages of London and New York. He made his first movie in 1914 (The Heroine of Mons (1914)). He became known as the perfect Englishman (slim, tall, intellectual and sensitive), a part that he played in many movies, and a part women would dream about. His first sound movie came in 1930, Outward Bound (1930), an adaptation of the stage play in which he starred. In Never the Twain Shall Meet (1931) and Smilin’ Through (1932), he played the Englishman role to the hilt. His screen persona could perhaps best be summed up by his role as Sir Percy Blakeney in The Scarlet Pimpernel (1934), a foppish member of society. It was Howard who insisted that Humphrey Bogart get the role of Duke Mantee in The Petrified Forest (1936), a role that Bogart had played in the stage production. As he became more successful, he also became quite picky about which roles he would do, and usually performed in only two films a year. In 1939, he played the character that will always be associated with him, that of Ashley Wilkes, the honor-bound disillusioned intellectual Southern gentleman in Gone with the Wind (1939). However, war clouds were gathering over England, and he devoted all his energy on behalf of the war effort. He directed films, wrote articles and made radio broadcasts. He died in 1943, when the KLM plane he was in was shot down by German fighters over the Bay of Biscay.