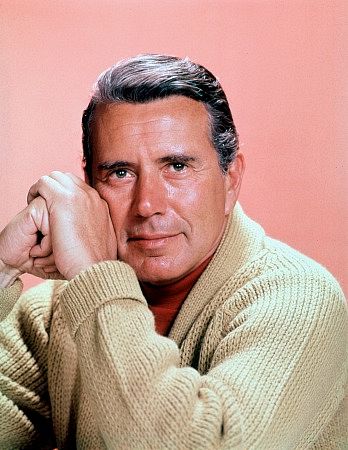 John Forysthe was born Jacob Lincoln Freund in Penns Grove, New Jersey, the son of Blanche Materson (Blohm) and Samuel Jeremiah Freund, a Wall Street businessman. He chose to pursue acting over the objections of his father. He did some work in radio soaps and on Broadway before signing a movie contract with Warner Bros. His early career was interrupted by World War II. During the war, he enlisted in the Army Air Corps appearing in the Air Corps show “Winged Victory”. After the war, he helped found the Actors Studio. He has had the most success on television, with healthy runs on Bachelor Father (1957), Dynasty (1981) and as the unseen voice of Charlie Townsend on Charlie’s Angels (1976). John Forsythe died at age 92 of complications from pneumonia on April 1, 2010 in Santa Ynez, California.