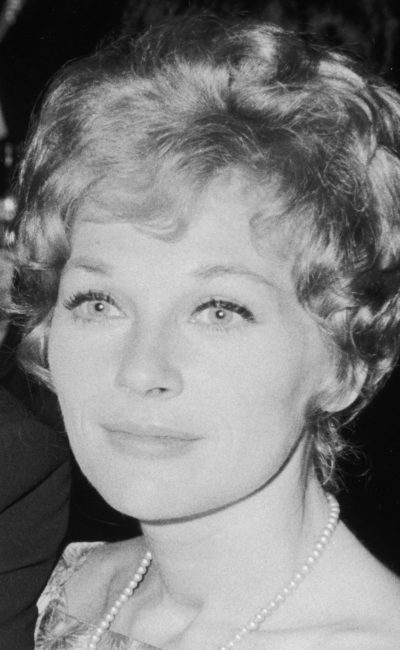 Southern-bred beauty Joanna Moore certainly had a lot of things going for her when her career started off in the 50s. Armed with an entrancingly smoky voice that complemented her stunning, creamy blond beauty, Joanna played wily females in such films as Walk on the Wild Side (1962) and Son of Flubber (1963), but she would be best remembered, however, as the benevolent girlfriend of “Sheriff Andy Taylor” in the third season of The Andy Griffith Show (1960). At the peak of her career, Joanna married her “Prince Charming”, actor Ryan O’Neal, on April 3, 1963. O’Neal, of course, would make a huge impact as “Rodney Harrington” the following year on the nighttime soap, Peyton Place (1964). The good-looking couple had two children who also became actors: Tatum O’Neal (later Oscar-winner) and Griffin O’Neal. The marriage, however, was tempestuous, to say the least, and they divorced acrimoniously in February, 1967. Things started to slide after that for Joanna: She lost custody of her children in 1970 due to severe drug and alcohol addiction, with both her children battling similar problems as adults. There was talk that Joanna was living in self-styled communes and had completely isolated herself from any Hollywood contact. She was not heard of for decades until discovered in the Palm Springs area involving herself in small theater projects. Joanna died in 1997 of lung cancer with her daughter, Tatum, at her side.