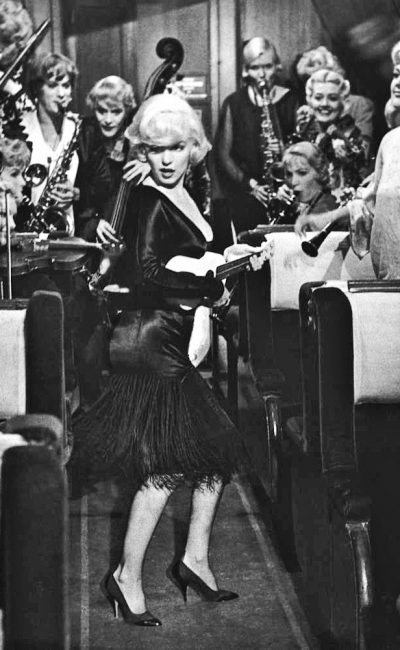 Zany, extrovert, sometimes blonde, sometimes brunette, sometimes red-haired character comedienne Joan Shawlee began her performing career as a fourteen-year old Powers model. At sixteen, she sang in New York night spots and was proclaimed one of “the six most beautiful girls in Manhattan”. Hollywood noticed in due course and 20th Century Fox signed her under contract. However, Joan was soon revealed to be under-age. Having failed to get into films, Joan returned to New York to live with her mother. In 1945, as luck would have it, she was spotted singing at the famous Copacabana by comedian Lou Costello. On the condition that her mother could join her in Hollywood, Joan signed a new contract with Universal. She appeared in thirteen films as ‘Joan Fulton’, culminating in a leading role in Buck Privates Come Home (1947). Having married the businessman Walter Shawlee, Joan changed her surname. She also henceforth specialised in playing wisecracking, streetwise ‘dames’, often guest starring with her erstwhile mentors in The Abbott and Costello Show (1952), or as a favorite stock character in the comedies of Billy Wilder. Her roles were generally small, but tended to be memorable: as ‘Sweet Sue’, tough leader of an all-girl band infiltrated by Jack Lemmon and Tony Curtis in drag in Some Like It Hot (1959); as Sylvia in The Apartment (1960), as the hooker Amazon Annie in Irma la Douce (1963)), and as wicked Momma Monahan in Roger Corman’s cult biker flic The Wild Angels (1966). Joan also starred in her own (short-lived) half-hour British comedy series, Aggie (1956), as a somewhat accident-prone fashion model on international assignments. Her co-star was (future “Danger Man”) Patrick McGoohan. She was a frequent guest on 60’s and 70’s TV shows, with small recurring roles as ex-showgirl Pickles in The Dick Van Dyke Show (1961) and as Margo, one of The Feather and Father Gang (1976). Joan died of cancer in March 1987 in Hollywood, aged 61.