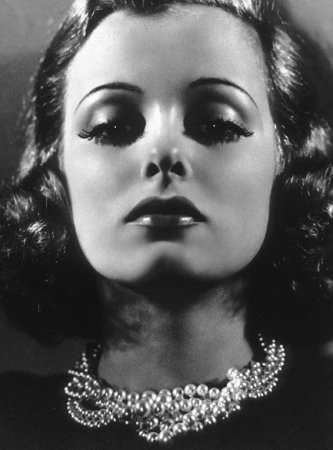 Joan Geraldine Bennett was born on February 27, 1910, in Palisades, New Jersey. Her parents were both successful stage actors, especially her father, Richard Bennett, and often toured the country for weeks at a time. In fact, Joan came from a long line of actors, dating back to the 18th century. Often, when her parents were on tour, Joan and her two older sisters, Constance Bennett, who later became an actress, and Barbara were left in the care of close friends. At the age of four, Joan made her first stage appearance. She debuted in films a year later in The Valley of Decision (1916), in which her father was the star and the entire Bennett clan participated. In 1923 she again appeared in a film which starred her father, playing a pageboy in The Eternal City (1923). It would be five more years before Joan appeared again on the screen. In between, she married Jack Marion Fox, who was 26 compared to her young age of 16. The union was anything but happy, in great part because of Fox’s heavy drinking. In February of 1928 Joan and Jack had a baby girl they named Adrienne. The new arrival did little to help the marriage, though, and in the summer of 1928 they divorced. Now with a baby to support, Joan did something she had no intention of doing–she turned to acting. She appeared in Power (1928) with Alan Hale and Carole Lombard, a small role but a start. The next year she starred in Bulldog Drummond (1929), sharing top billing with Ronald Colman. Before the year was out she was in three more films–Disraeli (1929), The Mississippi Gambler (1929) and Three Live Ghosts (1929). Not only did audiences like her, but so did the critics. Between 1930 and 1931, Joan appeared in nine more movies. In 1932 she starred opposite Spencer Tracy in She Wanted a Millionaire (1932), but it wasn’t one she liked to remember, partly because Tracy couldn’t stand the fact that everyone was paying more attention to her than to him. Joan was to remain busy and popular throughout the rest of the 1930s and into the 1940s. By the 1950s Joan was well into her 40s and began to lessen her film appearances. She made only eight pictures, in addition to appearing in two television series. After Desire in the Dust (1960), Joan would be absent from the movie scene for the next ten years, resurfacing in House of Dark Shadows (1970), reprising her role from the Dark Shadows (1966) TV series as Elizabeth Collins Stoddard. Joan’s final screen appearance was in the Italian thriller Suspiria (1977). Her final public performance was in the TV movie Divorce Wars: A Love Story (1982). On December 7, 1990, Joan died of a heart attack in Scarsdale, New York. She was 80 years old.