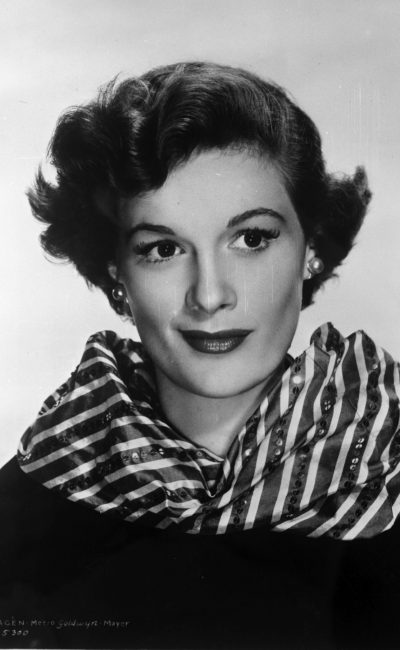 Jean Shirley Verhagen (later shortened to Hagen) was born in Chicago, Illinois on August 3, 1923. Her father was a Dutch immigrant. Hagen and her family moved to Elkhart, Indiana when she was twelve; she subsequently graduated from Elkhart High School. Afterwards, she graduated from Northwestern University, where she studied drama and was a roommate of fellow actress Patricia Neal. Hagen began her show business career in the late 1940s, performing in radio programmes. She also dabbled in Broadway plays. She made her film debut in 1949 with a role as a comical femme fatale in the Katharine Hepburn-Spencer Tracy pairing Adam’s Rib (1949). She had her first leading role the following year, when she starred opposite Sterling Hayden in the film noir classic The Asphalt Jungle (1950), a performance which gained her considerable attention and praise. The performance for which Hagen is best remembered today came about in 1952, when she lent her support to the classic musical Singin’ in the Rain (1952). Hagen’s portrayal of the helium-voiced silent film star Lina Lamont earned her an Academy Award nomination for Best Supporting Actress; she lost to Gloria Grahame for The Bad and the Beautiful (1952). Following her ‘Singin’ in the Rain’ success, Ms. Hagen joined the cast of the television sitcom Make Room for Daddy (1953). She was nominated for three Emmys for her role as Margaret Williams, but grew tired of the role after three seasons and subsequently left the show. For the rest of her career, Hagen mostly made guest appearances on numerous television shows, including Alfred Hitchcock Presents (1955), The Andy Griffith Show (1960), Wagon Train (1957), and Starsky and Hutch (1975). She also had supporting roles in Sunrise at Campobello (1960) and Dead Ringer (1964). Sadly, by the 1960s, Ms. Hagen’s health had declined and she spent many years under medical care. She died of esophageal cancer on August 29, 1977 at the age of 54.