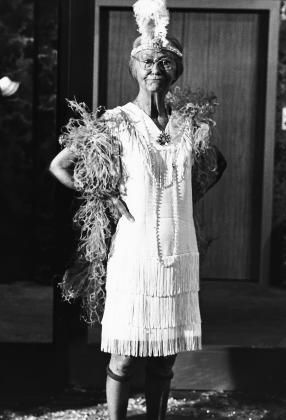 Before becoming known to millions as Granny on The Beverly Hillbillies (1962), Irene Ryan was already an established vaudeville, radio and movie actress, though not as famous prior to her television stint. She accompanied Bob Hope on his famous military tours and she was known as “the gal who makes Bob Hope laugh.” After being cast as Granny, she became famous overnight. When the Hillbillies ended, she co-starred in the Broadway musical ‘Pippin’ with Ben Vereen. Unfortunately, despite wonderful reviews from critics, Ryan took ill, was discovered to have an inoperable brain tumor and died soon after at the age of 70.