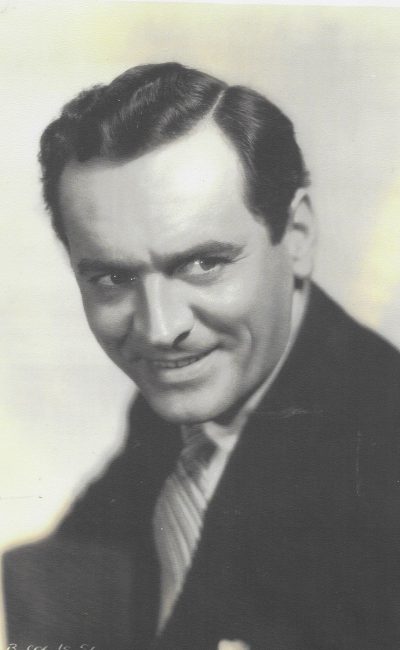 Ian Keith became a well regarded fixture on the Broadway stage during the 1920s, but from 1924 through the remainder of the decade he expanded his acting into a string of silent movies as well. To begin the next decade, he appeared in the cast of Abraham Lincoln (1930), one of the later movies of D.W. Griffith. His forte was perhaps already becoming obvious — his role was that of John Wilkes Booth. Keith had a sly look, and there was an irritated but deadpan demeanor and a side-of-the-mouth delivery to his speech that marked him as a great villain. And he played many — including a surprising number in historic costume. There was never any emotional nuance, but his straight delivery was always completely effective. He figured prominently in some of the most ambitious of the early sound epics: The Sign of the Cross (1932), Cleopatra (1934), and The Crusades (1935) of Cecil B. DeMille, and in the latter Keith was — a sort of good guy — the great Sultan Saladin (surely a strange miscast but DeMille obviously liked him — he showed up in the much later The Ten Commandments (1956) as well). He was the nemesis of John Gilbert in Queen Christina (1933) and of a similar cast in Mary of Scotland (1936), the early John Ford classic with Katharine Hepburn. He also portrayed an odd twist in the first sound The Three Musketeers (1935). Counter to the book, his Rochefort is the plotting genius, not Cardinal Richelieu, as it should be. Incidentally, he reprised Rochefort, but more in keeping with the original character, in The Three Musketeers (1948) version for Gene Kelly. In between those years were a lot of B level movies of everything from the comics to murder mysteries to mark a downturn said to be the result of too much nightlife. He still did Broadway intermittently throughout his career amid early TV theater and episodic fare from the late 1940s through the 1950s. The stage remained his first choice. At the time of his death he was appearing in “The Andersonville Trial” (1960) on Broadway.