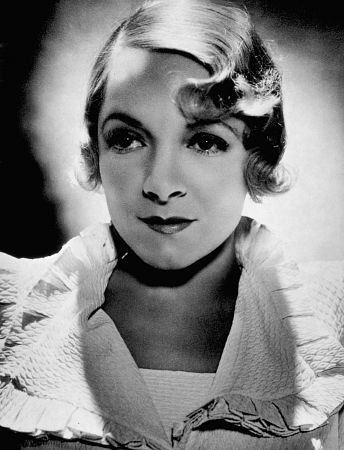 Known as “The First lady of the American Theater”, Helen Hayes had a legendary career on stage and in films and television that spanned over eighty years. Hayes was born in Washington, D.C., to Catherine Estelle “Essie” Hayes, an actress who worked in touring companies, and Francis van Arnum Brown, a clerk and salesman. Her maternal grandparents were Irish. A child actress in the first decade of the 20th century, by the time she turned twenty in 1920 she was well on her way to a landmark career on the American stage, becoming perhaps the greatest female star of the theatre during the 1930s and 1940s. She made a handful of scattered films during the silent era and in 1931 was signed to MGM with great fanfare to begin a career starring in films. Her first three films, ‘Arrowsmith’, ‘The Sin of Madelon Claudet’, and ‘A Farewell to Arms (1932)’, were great hits and she would win the 1932 Oscar for Best Actress for her work in Madelon Claudet. Alas, her lack of screen glamour worked against her becoming a box office star during the golden era of Hollywood, and her subsequent films were often not well received by critics. Within four years she had abandoned the screen and returned to the stage for the greatest success of her career, “Victoria Regina”, which ran for three years starting in 1935. Helen Hayes returned to motion pictures with a few featured roles in 1950s films and frequently appeared on television. In 1970, she made a screen comeback in ‘Airport’ (1970), a role originally offered to Claudette Colbert, who declined it, earning Hayes her second Oscar, this time for Best Supporting Actress. Helen Hayes retired from the stage in 1971 but enjoyed enormous fame and popularity over the next fifteen years with many roles in motion pictures and television productions, retiring in 1985 after starring in the TV film ‘Murder With Mirrors’.