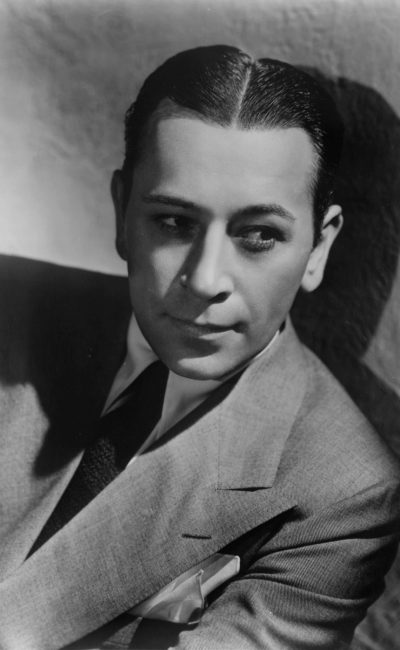 George Raft was born and grew up in a poor family in Hell’s Kitchen, at the time one of the roughest, meanest areas of New York City. He was born George Ranft, and was the son of Eva (Glockner) and Conrad Ranft, a department store deliveryman. His parents were both of German descent. In his youth, he showed a great interest in, and aptitude for, dancing. That, combined with his dark good looks and sharp dressing, made him a local favorite at such spots as the El Fey Club with Texas Guinan. In 1928, Raft went to Hollywood to try his luck at acting. His first big role was as the coin-tossing henchman in Scarface (1932). His career was marked by numerous tough-guy roles, often a gangster or convict. The believability with which he played these, together with his lifelong associations with such real-life gangsters as Owney Madden and Bugsy Siegel, added to persistent rumors that he was also a gangster. The slightly shady reputation may have helped his popularity early on, but it made him somewhat undesirable to movie executives later in his career. He somewhat parodied his gangster reputation in Billy Wilder’s Some Like It Hot (1959).