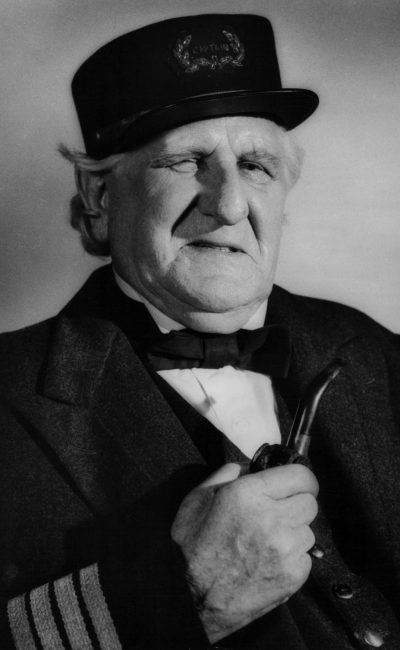 Scottish-born Finlay Currie was a former church organist and choirmaster who made his stage debut at 20 years of age. It took him 34 more years before making his first film, but he worked steadily for another 30 years after that. Although he was a large, imposing figure, with a rich, deep voice and somewhat authoritarian demeanor, he was seldom cast in villainous parts. He received great acclaim for his role as Magwitch in Great Expectations (1946), and one of his best remembered roles was as Shunderson, Cary Grant’s devoted servant with a secret past, in People Will Talk (1951). Later in life he became a much respected antiques dealer, specializing in coins and precious metals. He died in England at age 90.