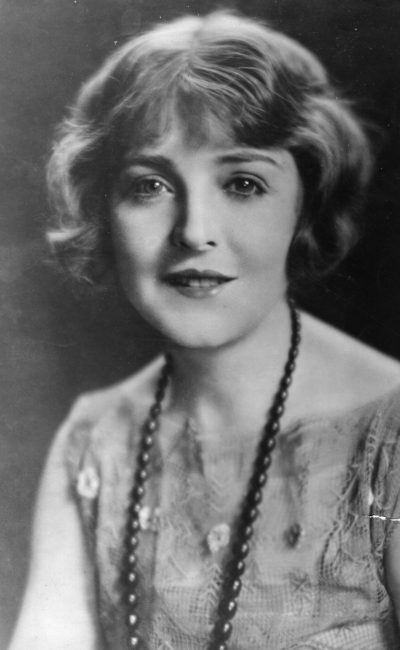 Australian-born Enid Bennett (her sisters, Catherine Bennett and Marjorie Bennett, were also actresses) started her career on stage in Sydney. She became a well-regarded stage actress there, and eventually made her way to New York to conquer Broadway. Broadway, however, wasn’t particularly interested in being conquered by Miss Bennett, and it took her several months to find any work at all. Finally, her “English” (actually Australian) accent got her a job in “Cock of the Walk”. She was seen there by film producer Thomas H. Ince, who signed her to a contract and brought her to Hollywood. She married twice, both of her husbands being top Hollywood directors: Fred Niblo and Sidney Franklin. Her last film was The Big Store (1941) with The Marx Brothers, in which she had an uncredited bit part as a clerk, and she retired from the movie business soon afterward. She died of a heart attack in Malibu, CA, in 1969.