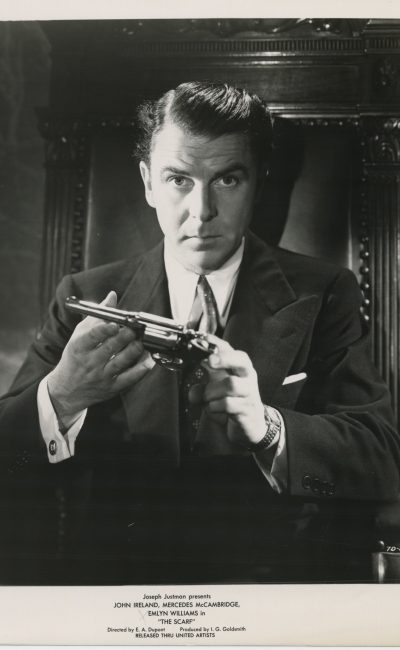 Born George Emlyn Williams in Pen-y-Ffordd, Mostyn, Flintshire in northeast Wales on November 1905, he lived in a rural village in which Welsh was spoken until he was 12-years-old, when his family moved to an English-speaking town, Connah’s Quay. It changed the course of his life as it was there that the teacher, Sarah Grace Cooke, recognizing his literary talent, encouraged him and helped him win a scholarship to Oxford, where he attended the college of Christ Church. She is immortalized in the character of “Miss Moffat” in his play, “The Corn is Green”. Education enabled him to escape the life at hard labor that was the lot of his people. He attended Christ Church, Oxford and also studied in Geneva, Switzerland. He joined a repertory theater and made his acting debut in “And So To Bed” in London in November, 1927. He eventually became an accomplished stage and screen actor, but it as a playwright that he had his greatest success, eventually writing a score of plays. He had his first theatrical success as a writer with “A Murder Has Been Arranged”. The success of his 1935 play “Night Must Fall”, which opened at London’s Duchess Theatre, led to its being transferred to New York the following year. Williams had made his Broadway debut in 1927, as a 21-year-old in “And So To Bed”, a comedy based on the diaries of Samuel Pepys (the title comes from how Pepys ended his diary entries; Pepys was the subject of a 1983 TV movie Pepys and So to Bed (1983)), and had appeared again on Broadway in Edgar Wallace’s “Criminal at Large” in 1932. Opening on September 23, 1936 at the Ethel Barrymore Theatre, the play ran for 64 performances. It was made into a movie twice, in 1937 with Robert Montgomery in the lead role of the young psychopath, and later, in 1964, with Albert Finney taking over the role. Walking around for two years with the head of a woman in a hat box, Williams recalled in 1965, likely was the reason that Sir Alexander Korda hired him for the part of “Caligula” in the 1937 version of Robert Graves’s I, Claudius (1937), famous as “The Epic That Never Was”, in which Charles Laughton was cast as the fourth Roman Emperor of the Julian-Claudian dynasty. The production was canceled after leading lady Merle Oberon got into a car accident. “The Corn Is Green” was a Broadway triumph for the great Ethel Barrymore in 1940, and the 1945 film adaptation starred Bette Davis, as well as John Dall and Joan Lorring in Oscar-nominated performances. Katharine Hepburn later played the part of “Miss Moffat” in the 1979 TV movie directed by George Cukor, for which she won an Emmy Award nomination as Outstanding Lead Actress in a Limited Series or a Special. Williams’ plays “Yesterday’s Magic”, “The Morning Star” and “Someone Waiting” were also performed on Broadway, and he had a success on the Great White Way as an actor, himself, in a solo performance as Charles Dickens, which he revived twice. He was nominated for a Tony Award for Best Actor in a Play for “A Boy Growing Up” (1958), an adaptation of a work by fellow Welshman Dylan Thomas. The tribal Williams also nurtured the young Welshman Richard Burton, whom he directed in his first lead film role in Women of Dolwyn (1949). (Burton’s professional stage debut had been in Williams’ play “Druid’s Rest”, and Emyln Williams’ son, Brook Williams, became one of Burton’s life-long friends). Williams was the godfather to his Burton’s daughter, Kate Burton, who is also an actress. In addition to directing and acting in film, Emlyn Williams famously collaborated with the great director Alfred Hitchcock. Williams acted in and wrote additional dialog for both the original The Man Who Knew Too Much (1934) (1934) and Jamaica Inn (1939). Emlyn Williams wrote two memoirs, “George, An Early Autobiography” (1961), and “Emlyn: An Early Autography, 1927-1935” (1974), as well as a 1967 non-fiction account of the Moors Murders entitled “Beyond Belief”. His 1980 novel “Headlong” was adapted by David S. Ward into the movie King Ralph (1991). He was appointed a Commander of the Order of the British Empire in 1962. When he died in 1987, Emlyn Williams had written or co-written 20 screenplays in addition to his 20 plays. As an actor, he had appeared in 41 films and teleplays, plus made numerous appearances on stage.