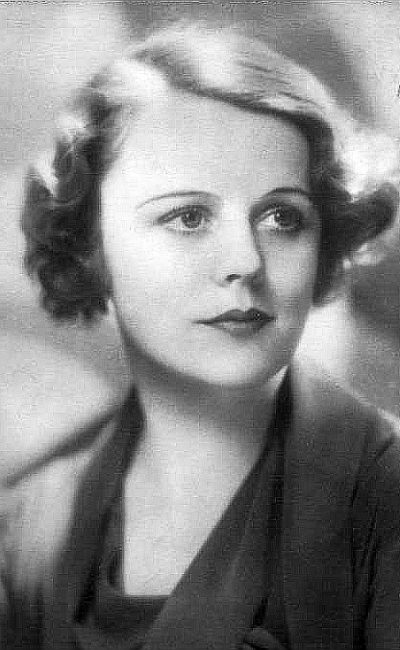 Genteel, ladylike British actress who was a much respected theatrical star in the 1920s and ’30s, both in her own country and in the United States. Born in March 1900 in Hove, Sussex, she took to the stage at the age of seventeen as Ela Delahay in ‘Charley’s Aunt’. She played Peter Pan three years later and married the first of her actor husbands, Seymour Beard. By the mid ’20s, Edna had become the toast of London for her performances in ‘Fallen Angel’ (with Tallulah Bankhead), and (in a role she made her own) as Teresa (Tessa) Sanger in ‘The Constant Nymph’ (opposite Noël Coward, and, subsequently, John Gielgud). With the part of Tessa she also enjoyed a successful run on Broadway in 1926, which was followed by another Margaret Kennedy play, ‘Come With Me’. She married her co-star, Herbert Marshall, after divorcing Beard in 1928. Edna started in films as early as 1921 but made little headway until Michael and Mary (1931), for which she recreated her role from the London stage. She then co-starred again with husband Herbert Marshall in Faithful Hearts (1932), but neither of these films received much international exposure. Her only Hollywood film at this time was The Key (1934), which — though directed by Michael Curtiz — was decidedly too ‘low-key’ as far as critical plaudits or the box office was concerned. She had smallish parts in other British films, notably South Riding (1938) and the original version of Alfred Hitchcock’s The Man Who Knew Too Much (1934) as the mother of kidnap victim Nova Pilbeam. Not until 1939 did a worthy motion picture role come her way in the shape of the forlorn wife whom violinist Leslie Howard deserts for Ingrid Bergman in Intermezzo (1939). Other worthy screen roles included her Catherine Apley in The Late George Apley (1947) and the housekeeper Martha in The Ghost and Mrs. Muir (1947), which the New York Times review of June 27 considered ‘by far the best performance’ in the picture. All in all, Edna’s film appearances were few and far between, and only a handful adequately showcased her talents as an actress otherwise so abundantly evident from the body of her work in the theatre. From 1939 a U.S. resident and a nationalised citizen by the early 1950s, Edna continued her frequent triumphant returns to the stage. Her most celebrated performances on Broadway were in Terence Rattigan’s ‘The Browning Version’ as downtrodden housewife Millie Crocker-Harris and in ‘Harlequinade’ (1949) (both co-starred ‘Maurice Evans (I)’ (q)) and as the titular character ‘Jane’ (1952) in a play adapted by S.N. Behrman from a W. Somerset Maugham short story. Brooks Atkinson described her performance as the timorous spinster as both ‘comic’ and ‘forceful’. In her last significant role on stage she co-starred with Brian Aherne and Lynn Fontanne in the romantic comedy ‘Quadrille’ (1954-55), directed by Alfred Lunt and outfitted by Cecil Beaton, who also designed the costumes. Edna retired from acting in the early 1960s and died in a clinic in Geneva, Switzerland, in 1974.