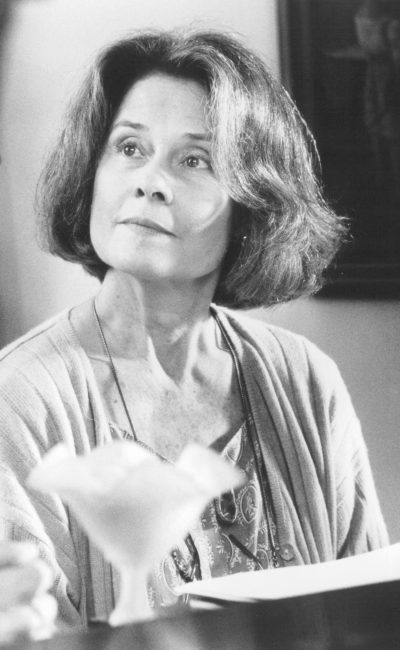 Actress with a notable career in films and television. Born and raised in Hollywood, she moved to New York at eighteen to study acting with Charles Conrad and ballet with Nina Fonaroff. She continued her training in Los Angeles at the Estelle Harman Workshop, securing a contract with Twentieth Century Fox. Baker’s first film assignment was a true prestige picture: legendary director George Stevens cast her as Margot Frank, older sister of Anne, in The Diary of Anne Frank (1959). Baker remained at Fox as a contract player performing in films such as Journey to the Center of the Earth (1959), The Best of Everything (1959) and Nine Hours to Rama (1963). After her contract ended, she worked on a pair of distinguished projects at Universal Studios: Mirage (1965) with Gregory Peck and Marnie (1964) for director Alfred Hitchcock. Baker was also a reliable performer in episodic television. She produced sensitive, affecting work in Rod Serling’s touching Night Gallery: They’re Tearing Down Tim Riley’s Bar/The Last Laurel (1971) and, in a colorful turn as an unstable dipsomaniac, in Columbo: Last Salute to the Commodore (1976). While continuing to perform, Baker moved into producing small, independent films such as ABC Weekend Specials: Portrait of Grandpa Doc (1977) with director Randal Kleiser and Never Never Land (1980) with Petula Clark, and larger projects such as the Emmy-nominated television miniseries adaptation of Barbara Taylor Bradford’s A Woman of Substance (1984) with Deborah Kerr. More recently, she distinguished herself essaying the role of clan matriarch Rose Kennedy in the CBS miniseries Jackie Bouvier Kennedy Onassis (2000) and performed memorably with Anthony Hopkins in The Silence of the Lambs (1991) as the distraught Senator Ruth Martin and, with Jim Carrey and Matthew Broderick, in The Cable Guy (1996). In 2005, she acted with Frank Langella in the HBO series Unscripted (2005) directed by George Clooney. She also teaches acting courses in the School of Motion Pictures, Television, and Acting at the Academy of Art University, San Francisco.