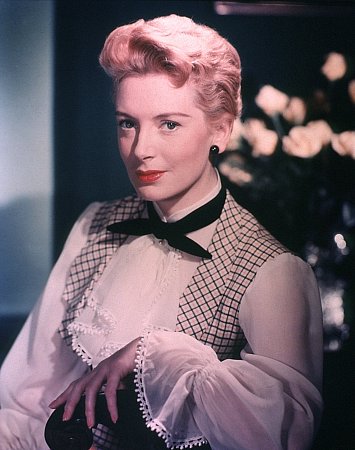 Deborah Kerr was born on 30 September 1921 in Helensburgh, Scotland, the daughter of Captain Arthur Kerr-Trimmer. She was educated at Northumberland House, Clifton, Bristol. She first performed at the Open Air Theatre in Regent’s Park, London. She subsequently performed with the Oxford Repertory Company 1939-40. Her first appearance on the West End stage was as Ellie Dunn in “Heartbreak House” at the Cambridge Theatre in 1943. She performed in France, Belgium and Holland with ENSA (Entertainments National Service Association, or Every Night Something Awful) – The British Army entertainment service. She has appeared in many films from her first appearance in Major Barbara (1941).