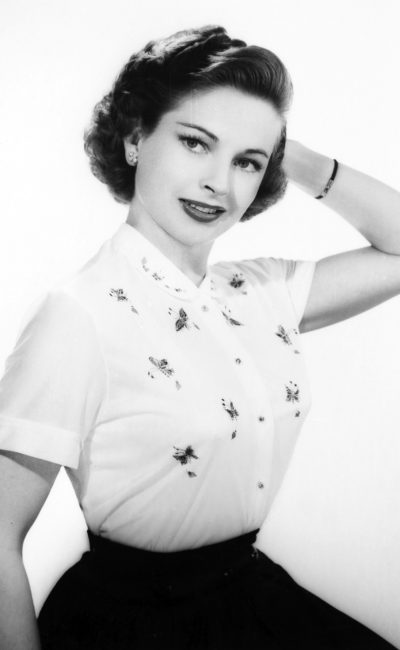 Coleen Gray was born in Staplehurst, Nebraska, in 1922. After graduating from high school she studied dramatics at Hamline University, graduating with a Bachelor of Arts degree. She then decided to see America and traveled to California, stopping off at La Jolla where she worked as a waitress. After several weeks there, she moved to L.A. and enrolled in a drama school. Her performances attracted a talent scout from 20th Century-Fox, with whom she signed a contract after a screen test. Although Fox put her in several good pictures (Kiss of Death (1947), Nightmare Alley (1947), The Razor’s Edge (1946) in which she acquitted herself well, many of the roles they gave her were not worthy of her talent and she never became as big a star as many thought she should have. Still, she has an extensive list of credits in films, TV, radio and on the stage.