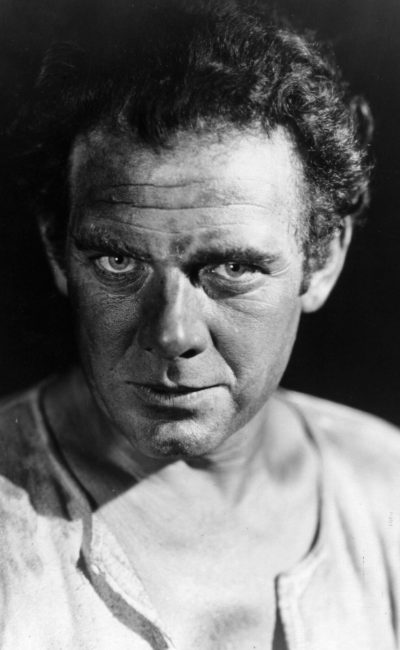 American character actor of gruff voice and appearance who was a fixture in Hollywood pictures from the earliest days of the talkies. The fifth of seven children, he was born in the first minute of 1891. He was a boisterous child, and at nine was tried and acquitted for attempted murder in the shooting of a motorman who had run over his dog. He worked as a lumberjack and investment promoter, and briefly ran his own pest extermination business. In his late teens, he gave up the business and traveled aimlessly about country. In San Francisco, an attempt to romance a burlesque actress resulted in an offer to join her show as a performer. He spent the next dozen years touring the country in road companies, then made a smash hit on Broadway in “Outside Looking In”. Cecil B. DeMille saw Bickford on the stage and offered him the lead in Dynamite (1929). Contracted to MGM, Bickford fought constantly with studio head Louis B. Mayer and was for a time blacklisted among the studios. He spent several years working in independent films as a freelancer, then was offered a contract at Twentieth Century Fox. Before the contract could take effect, however, Bickford was mauled by a lion while filming ‘East of Java (1935)’. He recovered, but lost the Fox contract and his leading man status due to the extensive scarring of his neck and also to increasing age. He continued as a character actor, establishing himself as a character star in films like The Song of Bernadette (1943), for which he received the first of three Oscar nominations. Burly and brusque, he played heavies and father figures with equal skill. He continued to act in generally prestigious films up until his death in 1967.