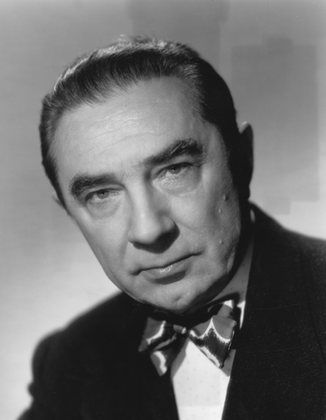 It’s ironic that Martin Landau won an Oscar for impersonating Bela Lugosi (in Ed Wood (1994)) when Lugosi himself never came within a mile of one, but that’s just the latest of many sad ironies surrounding Lugosi’s career. Bela Lugosi was born Béla Ferenc Dezsö Blaskó on October 20, 1882, Lugos, Hungary, Austria-Hungary (now Lugoj, Romania), to Paula de Vojnich and István Blaskó, a banker. He was the youngest of four children. During WWI, he volunteered and was commissioned as an infantry lieutenant, and was wounded three times. A distinguished stage actor in his native Hungary, Austria-Hungary, he ended up a drug-addicted pauper in Hollywood, thanks largely to typecasting brought about by his most famous role. He began his stage career in 1901 and started appearing in films during World War I, fleeing to Germany in 1919 as a result of his left-wing political activity (he organized an actors’ union). In 1920 he emigrated to the US and made a living as a character actor, shooting to fame when he played Count Dracula in the legendary 1927 Broadway stage adaptation of Bram Stoker’s novel. It ran for three years, and was subsequently, and memorably, filmed by Tod Browning in 1931, establishing Lugosi as one of the screen’s greatest personifications of pure evil. Also in 1931, he became a U.S. citizen. Sadly, his reputation rapidly declined, mainly because he was only too happy to accept any part (and script) handed to him, and ended up playing pathetic parodies of his greatest role, in low-grade poverty row shockers. He ended his career working for the legendary Worst Director of All Time, Edward D. Wood Jr.. Lugosi was married Ilona Szmik (1917 – 1920), Ilona von Montagh (? – ?), and Lillian Arch (1933 – 1951). He is the father of Bela Lugosi Jr. (1938). Lugosi helped organize the Screen Actors Guild in the mid-’30s, joining as member number 28. Bela Lugosi died of a heart attack August 16, 1956. He was buried in his full Dracula costume, including a cape.