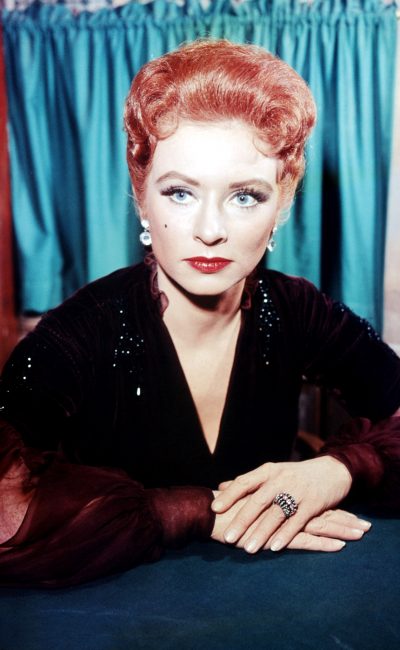 Amanda Blake was born in Buffalo, NY, of English and Scottish descent. She and her parents moved to Claremont, California, while Amanda was still in high school, and she graduated from Claremont High. She enrolled at Pomona College but, due to her avid participation in community and theater productions, she was devoting much more time to acting than her schoolwork. Amanda started on a full acting schedule, doing summer stock in New England. She followed that up with theater and radio acting in Buffalo and then movies in Hollywood. While acting in small theater and stock companies she also painted backdrops and scenery. She was still in her teens when she debuted in MGM”s Stars in My Crown (1950), and her first television role was in Schlitz Playhouse: Double Exposure (1952). Her most famous role, however, came in 1955, when she starred in the classic western series Gunsmoke (1955) as “Miss Kitty”, the feisty proprietor of Dodge City’s Long Branch Saloon opposite James Arness’ Marshal Matt Dillon.